I have been working on a huge home improvement project since New Year's Day.  We had pulled up the carpet in the living room, upstairs hall, and on the stairs last summer, in the hopes of refinishing the floor.  After much deliberation, we decided to redo the floors ourselves, covering them in book pages and putting varnish polyurethane on top.  It has been a lot of work, but the results have been awesome.  The upstairs hall and the stairs are done, so this week we started on the living room floor.

We moved all the furniture out of the room, and scrubbed the floor.  We have two registers in the living room, so we had to remove the covers.  I spent more than 2 days gluing the paper covering on the floor.  Yesterday, we took a day off to allow the glue to fully dry before we moved on to varnishing.  We have had to keep the dogs off of the floor completely, but Nora has been fine, and pretty much stayed away from the floor.  Until last night.

We had the dogs upstairs, watching a movie.  As the movie was wrapping up, we heard a loud metallic bang from downstairs.  I figured it was Nora just horsing around (she does that a lot at night).  When we went downstairs to take the dogs out, we could hear Nora crying, but could not find her anywhere.  We called, she cried, but she did not come out of hiding.  After listening to her crying, I made a horrifying discovery.

Nora had crawled into the ductwork of our heating system, from the uncovered vent in the living room.  I was immediately concerned that she was injured, or that we would be unable to get her out of the ductwork. We shut the furnace off and started trying to locate her.  It sounded like she was walking around, and we thought we could coax her out with food, but it did not work.  The ducts are riveted so we could not even unscrew anything to try to rescue her.  We worried and fussed for about an hour.

Finally, Hubby removed the filter in the furnace, and said he could see Nora.  She had made her way all the way into the actual furnace. We were able to remove a cover from a portion of the furnace and rescue her.  It was quite the harrowing, and heartbreaking.  As you may remember, this is not the first time Nora has tangled with a vent.

Once we got her out, and made sure she was safe and unharmed, we gave her an extra plate of food.  Nora will be contained in the basement until the floor is finished and the register covers are back in place.  And her vent investigation excursion has earned her a new nickname: Nora the Explorer.

Last year, we went to a store that had a ton of unique cookie cutters.  After looking through hundreds of different shapes, I finally found a dachshund shaped cookie cutter, so of course I had to get it.  And since that time, it has been sitting in a drawer in our kitchen, unused.

This weekend, I decided that needed to change.  I wanted to surprise Hubby with gingerbread dachshunds.  But this was going to take some finagling.  Since the first step was to bake the cookies and let them cool, I had to make Hubby promise to stay upstairs.  He took the dogs upstairs with him.

I baked up about three dozen cookies.  Unfortunately, the design of the cookie cutter included a really thin tail on the dog, and half of the cookies lost their tails.  It took a little over an hour to mix the dough, bake the cookies, let them cool, and wash all the dishes so Hubby would not suspect what I had been doing.  After the cookies all cooled, I stacked them in a container and hid them.

Later on in the day, Hubby sequestered himself again, this time to wrap Christmas presents.  I took this opportunity to ice all the cookies.  They looked adorable, even the ones that had no tails.  When Hubby came downstairs, I made him close his eyes, and I led him over to the table covered in cookie.

Most delicious surprise ever.

Does anyone still read this blog?  I have been woefully absent this year, mostly because my book blog keeps me so busy.  I am hoping to achieve better balance in 2013.  In the mean time, some very cute animals want to say hello!

If that is not enough cuteness for you, view the rest of the photo set here.
Posted by ok at 9:42 AM 1 comment:

We Have Our Winners!

We are super excited to announce the winners of our Blogfest 2012 Giveaway.  Can you see our excitement?

Anyway, we are pleased to announce that Shadow and Alyssa have won our giveaway.  We hope your doggies like these treats as much as Chloe and Dexter do.

Thanks to all who entered! 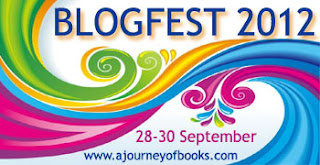 Hello friends, I know we have been away for a bit, but we returned with something exciting in store.  It is time for the annual Blogfest.

This year, we are giving away a product that we really love: Cesar Cookie Crunchies!

We think these treats are the bees knees, really we do!  They are small, for small doggies like mine, and pack a ton of crunch.  The treats are not terribly high in calories, which is good because we have to watch the dogs' weight.  They do not smell bad the way some treats do, and my dogs literally hop up and down when they see me opening the bag.

So, 2 lucky winners will each win one bag of chicken flavor cookies and one bag of filet mignon flavored cookies.  Would your doggies like to win?

The giveaway is open to US Residents only. All one needs to do to enter is complete the form below. Additional entries may be obtained by following me on several social media sites, and spreading word of this giveaway on social media. Here are links to my various social media sites:


All you need to do to enter is fill out the form below:

Make sure to visit the next blogs on the list!

And be sure to see the main Blogfest site and list of all blogs participating at A Journey of Books.

I tried and tried to think of a clever title for this post, and that was about as good as I could do.  You see, this post is about paws.  Specifically, Dexter's paws.

Dexter is a happy, healthy dog.  We take him for regular vet check ups, we watch his diet, and we try to make sure his needs are all met.  We also shower him with love and affection.  He is indeed a happy dog.

However, several months ago, I noticed that Dexter, when climbing stairs, did it on 3 paws only, never putting weight on his front right paw.  When he runs around, he does so on all 4 paws, and never acts like his paws hurt, it was just this weird thing with the steps.  At first we chalked it up to him just being a weird dog.

Then I noticed that same paw, the front right, seemed to be bent out or twisted, more than his other one.  Hubby said it just looked like Doxie paws to him.  After one particularly long walk, however, his leg was so bent, it looked like it would buckle under him.  I immediately called the vet.

After a thorough examination, the doctor said Dex has plantar fasciitis.  This means the tendons in his paw have been strained or injured in the past, and are inflamed.  He does not put full weight down on his paw; because of how he does put pressure on the front of his paw, the leg twists outward.  It is not really causing him any pain, but he cannot go for walks right now, until we see if the inflammation subsides.  We are resting his paw, and giving him fish oil.  If this does not work, we may have to have it wrapped.  Other interventions could include cortisone shots (which I am hesitant to do) and eventual surgery.  The doctor thinks surgery will not be necessary, right now at least.

Again, Dexter shows no signs of being in pain, or being depressed.  He still runs around outside like a nut, but no walks and we carry him up the inside steps.  Have any of you ever experienced this with your dogs?  Can you provide me with any insight?  I am unable to find much online about this in dogs, only in people.  The doc says this is simply a risk of a dog being bred to be short legged with a long body.  In other words, doxie problems.

Are they brilliant, or just plain crazy?

Each and every day, my dogs act like they are encountering things for the very first time.  The cat, for example. The cat was part of the family when Dexter joined, so he has know her as long as he has know us, yet every time he sees her, he freaks out, like "OH MY GOSH THERE IS A CAT HERE!!!!!".  I swear, one of these times he is going to hurt himself.  Same thing with the mailman.  Mail comes through the door slot?  Commence freak out by both dogs.  Thank goodness for mail free Sundays.

But their worst freakout over an everyday occurance, by far, is when one of us comes through the front door.  Each day when Hubby comes home from work, they flip their lids.  For a good 5 minutes, usually until he hugs them.  It is even worse when we are both returning from somewhere.  We always talk about it in the car, how Chloe will be sooo mad, doing her sassy little bark, and Dexter will be hopping up and down like he has not seen us in days.

However, there is one notable exception to this through the door phenomenon.  Three mornings a week I jog on the bike trail near our house.  I have a routine, I come downstairs in my workout clothes, put on my shoes, put my cell phone arm band on, and stretch.  If Hubby is not home, I take my keys, lock the door, and jog for 30 minutes.  And each time, when I come home, and come through the front door, it is to total silence.  They never make a peep, it is like they know, "oh hey, she will be back in half an hour, no need to worry".

So when I come home, this is usually what I see: Dex buried in his blanket, and Chloe looking around like, "oh hey".

So you tell me, are they brilliant dogs who understand my pre-jog routine means I will be back shortly, or are the just crazy?
Posted by ok at 7:10 AM 1 comment:

This is a blog dedicated to the tales of the tails of our puppy Dexter and our kitty Nora.

Dexter and Chloe are both dappled mini dachshunds, and Nora is a part Siamese shelter cat. They are our furry babies, and raising them really is like having kids. This is a place for me to talk about the frustrations, get advice, share cute stories, and of course brag about my babies!